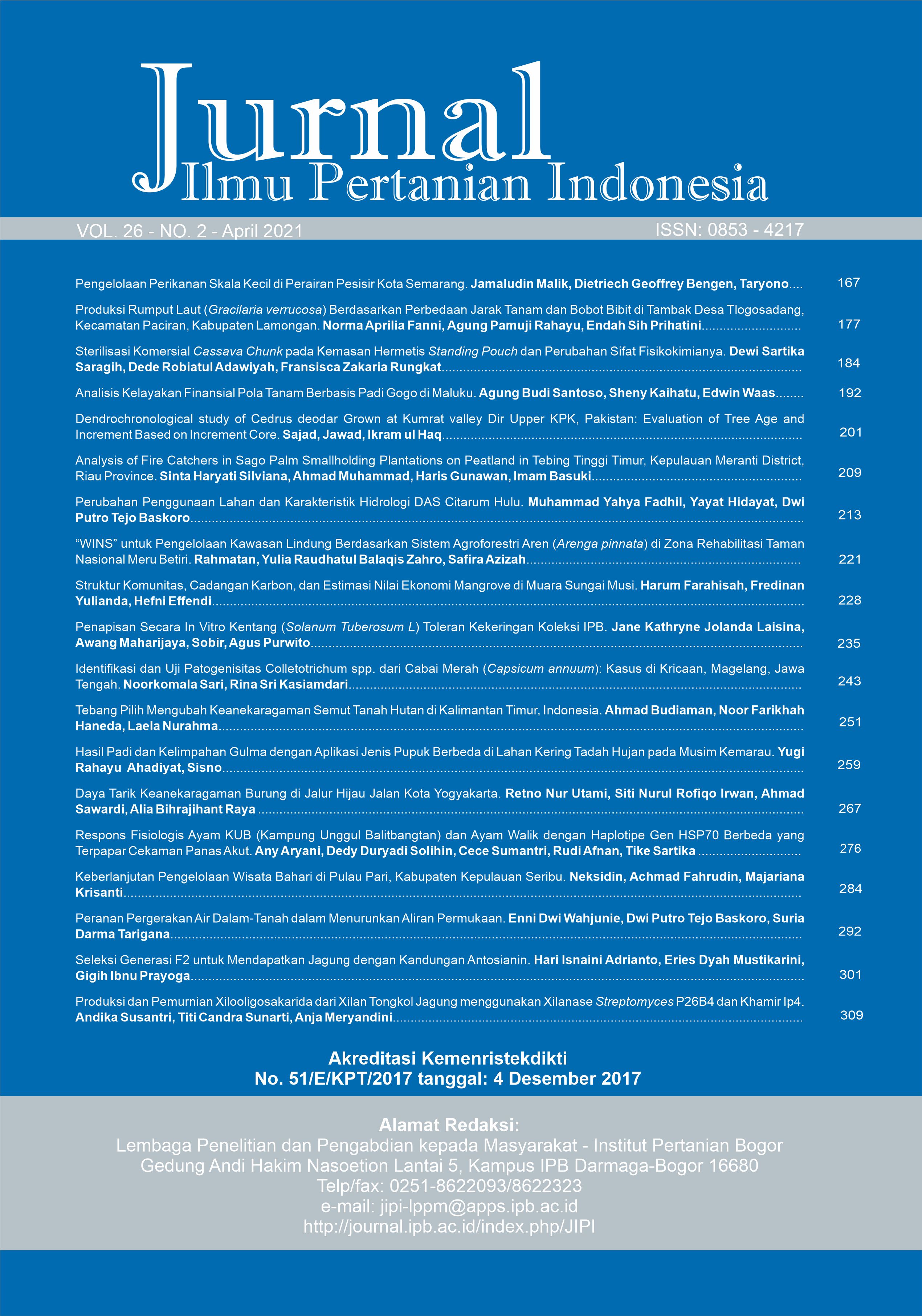 Fire on peatlands takes place not only in areas where preparation for cultivation is in progress, but also in areas that have been cultivated, such as for sago palm growing. One of the important factors that influence the vulnerability of cultivated peatlands to fire is the availability and amount of biomass fuel that easily catches fire, such as ferns, grasses, and broadleaved shrubs in their living as well as dead (litter) stages. The present study concerns the vulnerability of peatland utilized for sago growing by smallholders, focused in Tebing Tinggi Timur, Kepulauan Meranti District, Riau Province. The objectives of this study were to analyze the composition and assess the biomass of fire catchers in the sago palm plantation. Data collection was conducted in three locations in Kepau Baru Village. In each location, a 1000 m-long transect line was drawn and 10 sampling plots of 2 m x 2 m were established along the line with 100 m intervals. Results showed that total biomass of fire catchers in this growing system was averaged at 24681 kg/ha, in which the dead plant fraction was predominating (average at 17478 kg/ha or 70.81%) over the living plant fraction (in average 7203 kg/ha or 29.19%). The latter consisted of ferns that averaged at 2.191 kg/ha or 30.42%, grasses (20 kg/ha or 0.28%), non-woody broadleaved shrubs (581 kg/ha or 8.07%), and woody broadleaved shrubs (4411 kg/ha or 61.24%). The amount of fire catchers in relatively large quantities in this plantation system could magnify fire risk during drier months, especially during El-nino years.
Download: 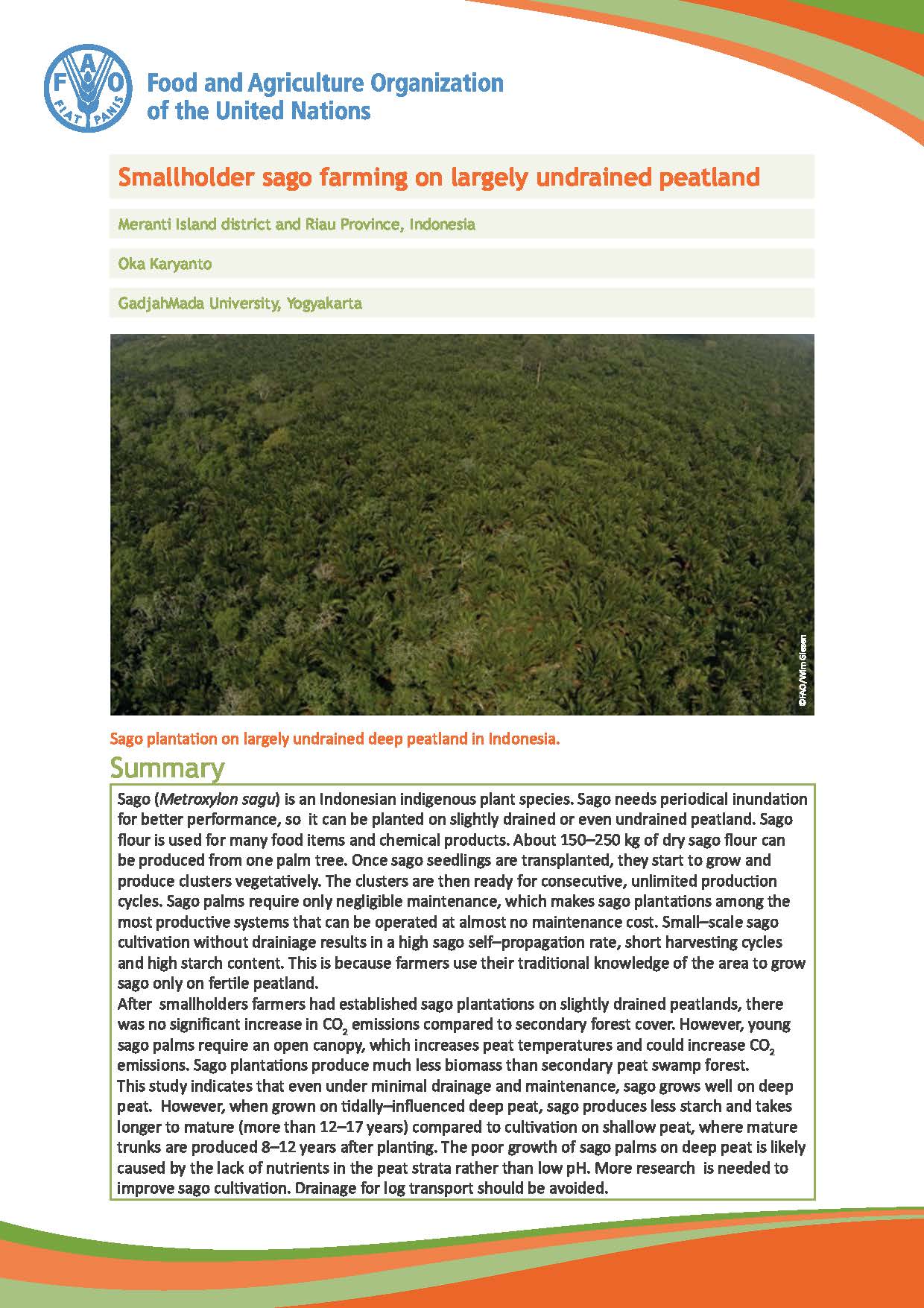 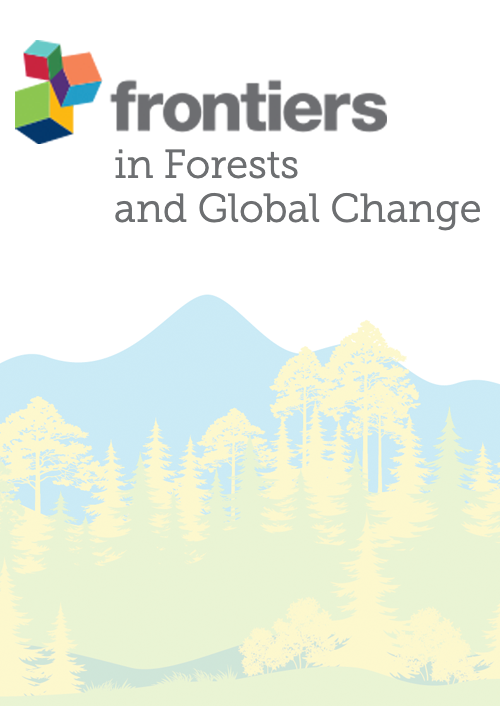 Is Intercropping an Environmentally-Wise Alternative to Established Oil Palm Monoculture in Tropical Peatlands? 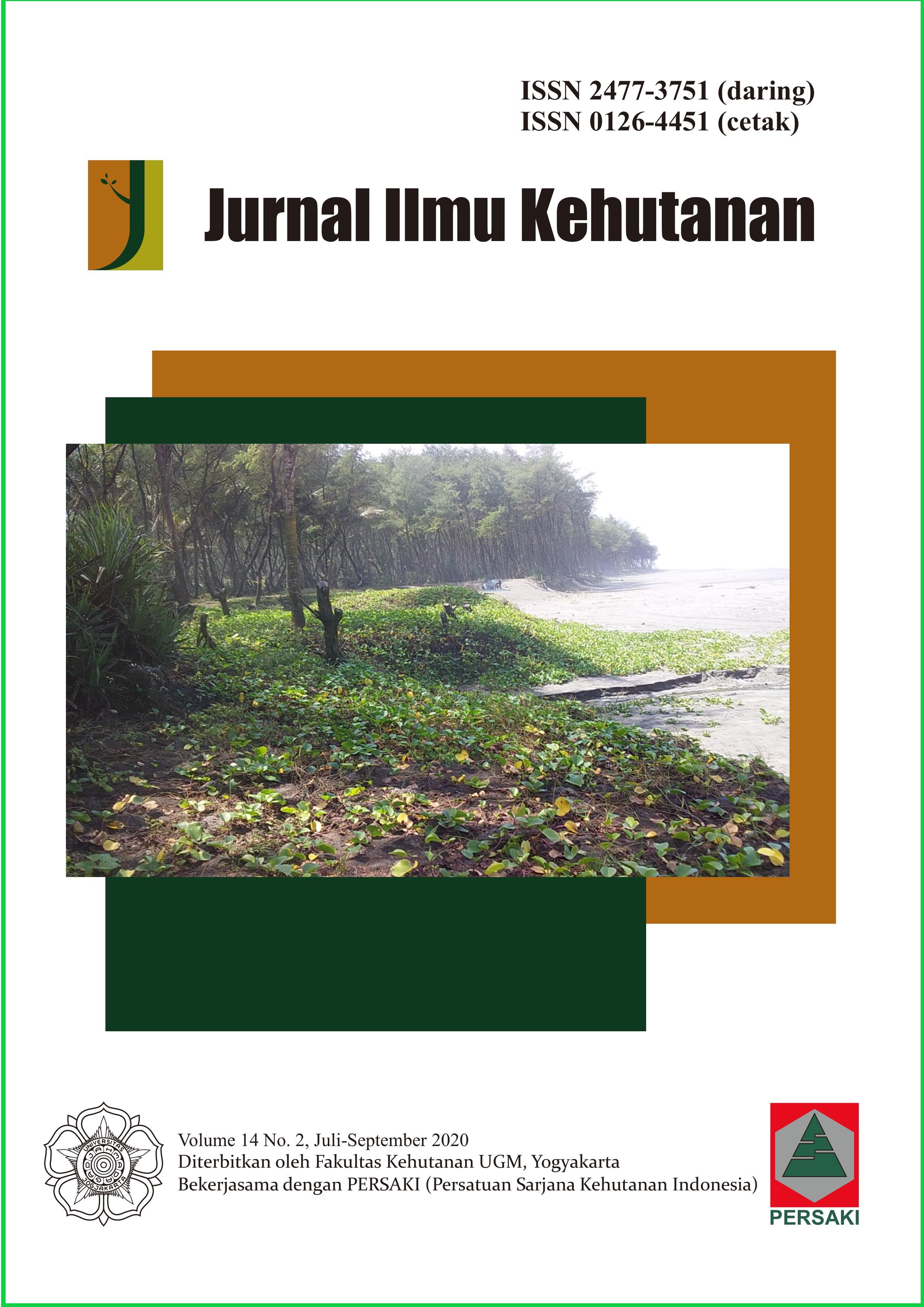 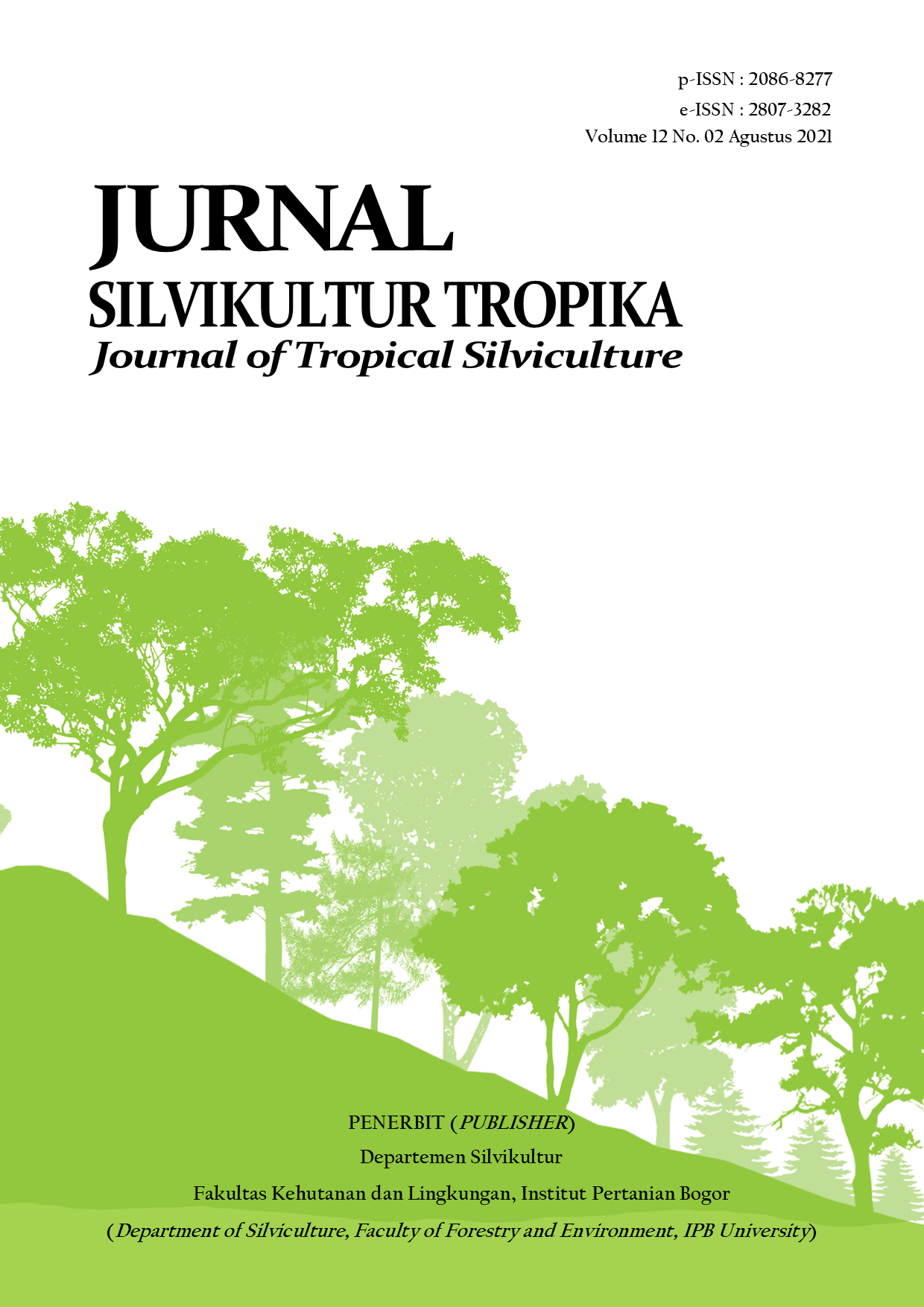