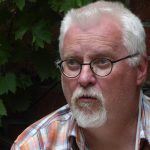 Hans Joosten (1955) studied biology and worked as university researcher and policy officer (Ministry of Agriculture) in the Netherlands. Since 1996 he leads the Department of Peatland Studies and Palaeoecology of Greifswald University (Germany), partner in the Greifswald Mire Centre, since 2008 as an Extraordinary Professor. His department studies peatlands in an integrative way at the crossroads between palaeo-ecology, ecology, landscape ecology, nature conservation and wise use. Key research topics of his department are paludiculture, on which he edited the first handbook in 2016, and peatland restoration on which he edited an overview for Cambridge University Press in 2016 and produced global guidelines for the Ramsar Convention in 2021. He produced >600 publications, of which >100 in ISI-listed journals with an h-index of 46 (Google Scholar).

Since 2000 Hans is Secretary-General of the International Mire Conservation Group (IMCG), the world organization of peatland conservationists. For IMCG he produced the books ‘Wise use of mires and peatlands’ (2002) and ‘Mires and peatlands of Europe’ (2017).
Since 2009 Hans has been intensively involved in UNFCCC negotiations and IPCC guidance development, especially with respect to accounting for emissions from organic soils, and in FAO in advancing climate-responsible peatland management. Since 2017 he is steering committee member of the United Nations Global Peatlands Initiative.

In 2010 Hans Joosten received an Honorary Doctorate of the University of Batumi for his efforts in studying and protecting the mires of Colchis (Georgia). In 2013 he was awarded the European CULTURA Prize for Sustainable Land Use, and the Research Award Sustainability of the German Federal Government. In 2014 he was elected as foreign member of Det Kongelige Norske Videnskabers Selskabs Akademi, the oldest learned academy of Norway. In 2018 he won with the ‘International Peat Mapping Team’ the $1 million Indonesian Peat Prize and in 2021 the prestigious German Environmental Award.