In 2017 was a big year for peatlands. It was the year that researcher Greta Dargie published a key paper proving that the Congo Basins’ tropical peatlands was the largest in the world with incredible carbon stocks. Since that monumental paper, Dargie has published a number of other works related to peatlands, establishing her as a one of the foremost peatlands experts. 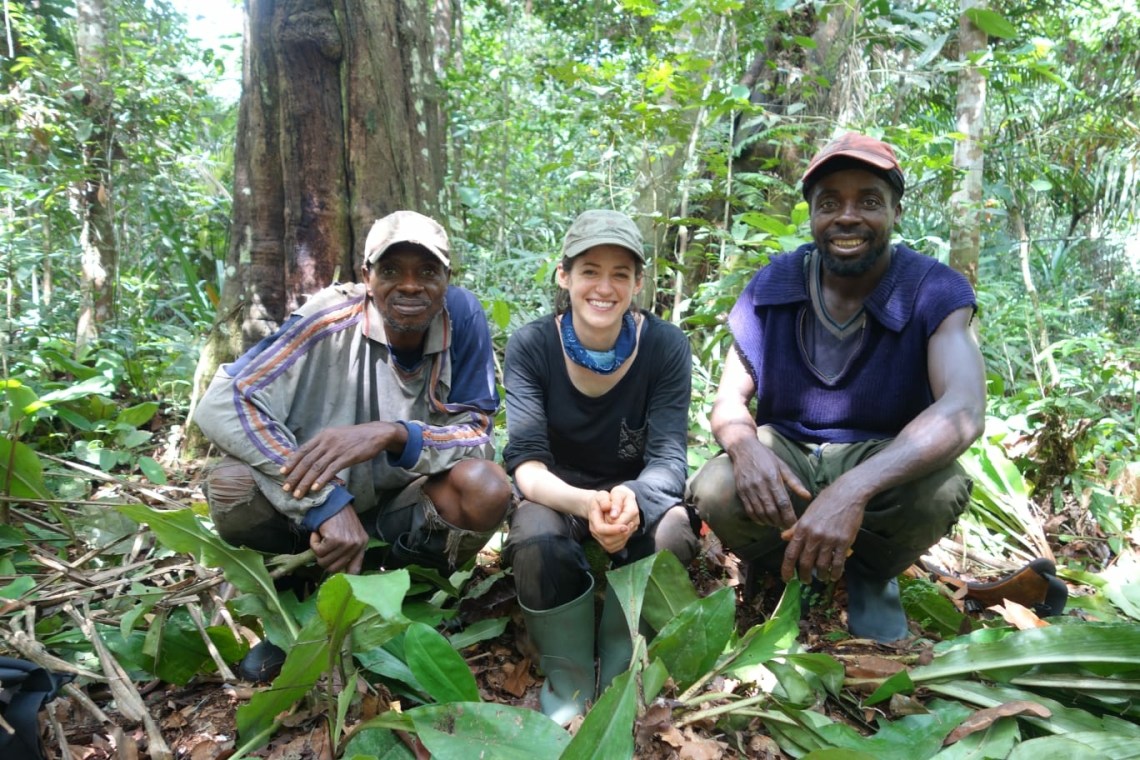 In an interview, previously published in Landscape News, Dargie, who is currently a postdoctoral researcher at the University of Leeds, talks about being about being a woman in science (women comprise less than 30 percent of all scientific researchers worldwide), fundamental problems, and how the current women’s movement is affecting the science community.

Do you think about gender issues often?

I think about them a lot, maybe too much. Sometimes I worry I’ve become too fixated on it. But my friends are of a similar mind, so we talk about it often. Until you have equality, you can’t say you think about it too much, if you know what I mean. It’s quite slow progress really.

How does the low number of women in research affect your daily work environment?

It started quite hard. There’s the expectation you’re going to be weak if you’re a girl. In our department, there were a lot of men Ph.D. students who worked in the tropics. So there’s a lot of bravado and storytelling of all the things that go wrong and how hard it is. And then I think you do feel worried that people will think you’re not capable, I think I felt reluctant that men would perceive me as weak, or a bit of a girl. And as well I think it’s harder to speak out in meetings if you’re the only female there. I think men are more confident than women, generally, and more likely to speak their opinions.

After publishing your Ph.D., did you begin feeling more confident as a woman in your field?

I think the change happened gradually. Once we got the paper out, I was like okay, I’ve done it. I can relax a bit. But still, sometimes, you’ve got to try and push yourself, try and fight against the feeling of not wanting to say anything in meetings or conferences. It does get better over time.

How do you handle the fundamental challenges of being a woman in the field for long periods of time?

The obvious thing is feminine hygiene, and I thought about that in advance. Just before my Ph.D., I went to my doctor and explained I’d be in the forest for months, and she was amazing, she told me what to get – a coil. There’s really practical advice that no one talks about, because it’s a taboo issue. There are solutions for the physical, bodily functions of women.

And here in the Congo, it’s a bit unusual to have women in the forest, so people try to take better care of you. I work with some really nice Congolese researchers who are really good at showing how to adapt to life in the Congo. I think in some ways it’s helped to be a girl, when people don’t know what to make of you. You have a blank canvas in that way.

How would you describe your interactions with local women?

For women here, it’s hard, and interactions can be a bit uncomfortable. If I’m working with a field assistant and then after work go to his house, it’s his wife that serves you up some food. I don’t agree that men and women should have separate rules like that. With local women, you’re usually either buying things from them or working with their husbands, and that doesn’t feel great. Life is tough for women here.

Is there anything you do to try and change this, or is that outside your prerogative?

I think the best way for things to change is if Congolese women rise up through the ranks, go to university, go to the field and show that women have a place there. For me, that’s the way to change things, to encourage Congolese women to go into the field, to keep going with the researchers. But sometimes I feel it’s too big a task for me. I’m here for the science.

Which women have inspired you in your work?

How have you seen the current women’s movement play out in your scientific and academic community?

I wonder how much this academic field is aware of gender issues. Like, if I ever wanted to have a child, I wouldn’t be able to do the kind of fieldwork I do, unless men start taking equal care of children. You see men continue to go into the field after children, but for women it’s more difficult, especially those with very young children. I think that doesn’t really get spoken about.

I think unfortunately, even if you have a lot of women Ph.D.’s and post-docs, it’s the stage after in which you see women starting to drop out. It’s hard to make the next step – childcare; job insecurity; or maybe you still don’t see so many women in those higher-up positions, so you don’t think you’ll make it and take another career option. And this is coming from me as a European. I imagine in other cultures, there’s a whole other range of problems.

How do you hope to change things?
One is to squash the bravado. The bravado around things can be off-putting for girls. And two, tell girls that they’re capable, that they can do it. I don’t have much interaction with younger students, but even just being around, they can see that people like them can do it.

And I think the change, the attitude around girls, needs to start from the moment you’re born. Academia has its faults, but the root of the problem is a lot earlier. From a very early age, girls are told what role they’re expected to play in life, what boundaries they should have, how they should behave, etc. This all contributes to the situation we’re in. There needs to be a big change in society’s attitudes toward females.