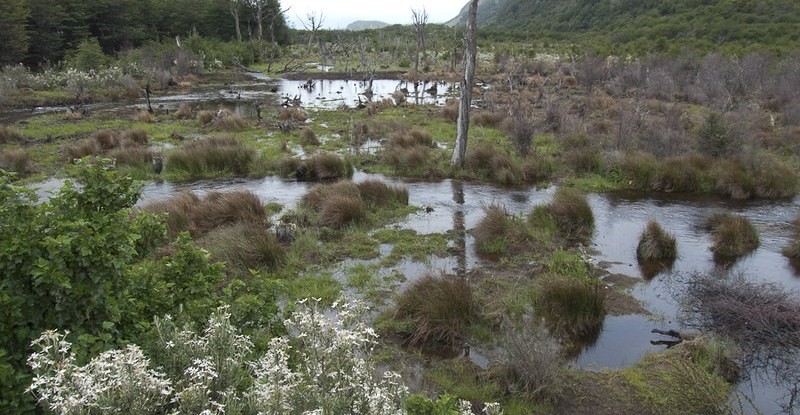 Dianna Kopansky is the coordinator of the Global Peatlands Initiative in the Biodiversity and Land Management Branch at the U.N. Environment Programme (UNEP). This story originally appeared on the UNEP website.

Recently,  theIntergovernmental Science-Policy Platform on Biodiversity and Ecosystem Services (IBPES) assessment reported that 75 percent of land, 66 percent of oceans, and 85 percent of wetlands worldwide have been altered by human activity. Further, the conversion of wetland ecosystems is currently three times faster than forest loss, in percentage terms.

Other U.N. reports are also raising alarm bells on the climate crisis, warning of tipping points from which we may not be able to rehabilitate our planet’s ability to deliver life-supporting vital ecosystem goods and services.

To increase awareness on the interconnection of natural ecosystems and build knowledge on how nature and biodiversity function to deliver vital goods and services to humanity, the Wild for Life 2.0 campaign, run by the United Nations Environment Programme (UNEP), aims to take users on an immersive, and interactive virtual journey to learn about four distinct ecosystems — marine, peatlands, savannas and forests — why they matter for human well-being, the threats they face and to inspire action .

The virtual journey features unique peatland ecosystems, which filter fresh water, nurture medicinal plants, protect the land from floods while capturing and providing storage for enormous quantities of carbon. Although peatlands cover only 3 percent of the planet’s surface, they store twice as much carbon than all the world’s forests combined.

The Wild for Life 2.0 interactive Peatlands journey takes participants on a tour of globally significant peatlands such as the Peatland of Peninsula Mitre in the Southern Cone of South America. This location in the Tierra del Fuego archipelago represents the southernmost part of the Magellanic peatland (moorland). The region’s main island, Isla Grande de Tierra del Fuego, is divided between Chile in the west and Argentina in the east. Oceanic conditions and southwesterly winds prevail in southern Tierra del Fuego, where a west-east aligned mountain range dominates the landscape.

During the interactive journey, UNEP speaks to its Patron for Protected Areas Kristine Tompkins and its Patron for Oceans, endurance swimmer Lewis Pugh about the importance of peatlands. Both advocates have been to this remote part of the world and are on the front lines, urging their designation as protected areas, through the Tompkins Conservation and Lewis Pugh Foundations.

I spoke with them about their work.

Q: Kristine, you’ve protected and re-wilded millions of acres in Chile and Argentina. How were you originally inspired to do this?

Tompkins: Actually, in 1992 my husband Douglas Tompkins was the one who fully realized that we could participate in the global conservation movement by creating public-private conservation projects with the end result of establishing new national parks in Chile and Argentina.  So, one can say that I was inspired by my husband’s capacity to imagine creating large-scale permanently protected areas. Since we began, Tompkins Conservation has not stopped creating new parklands and rewilding these areas in both countries.

Q: Lewis, you have advocated for marine protected areas in the polar regions. Why do you risk your life in this endeavour?

Pugh: I’ve spent over 30 years swimming in the oceans, and I have seen them change dramatically. The biggest changes have been in the polar regions where I’ve witnessed warming seas, retreating glaciers, melting permafrost and the disappearance of sea ice. These changes will impact every person and the whole of the animal kingdom. Climate change will accelerate rapidly if we don’t protect crucial ecosystems like peatlands, which capture so much carbon. I can’t just stand by and watch it unfold.

Q: How did you come to know and love this remote area?

Tompkins: When Douglas was training as a ski racer in the early 1960s in Chile and Argentina, he got to know the Southern Cone fairly well. I followed in the early 1990s, and we both fell in love with the region, but more importantly, we saw the diversity of landscapes, from the temperate rainforests of what’s now Pumalin Douglas Tompkins National Park, to the expansive grasslands of Patagonia. More recently, in the face of severe climate change, we are focusing on the importance of peatlands, especially in Chilean and Argentine Tierra del Fuego. As an example of this, Peninsula Mitre, with almost 84 percent of Argentina’s peatlands, is especially key as the most important carbon capture point in the country.

Pugh: Most of my Antarctic expeditions have left from Patagonia. So that’s where I do my final cold-water training. The Beagle Channel is the perfect place to train for a swim in Antarctica. The water is icy cold, but not so cold that it’s impossible to train. The Darwin icefield, whose glacial tips reach the sea level in the fiords of both the Beagle Channel and the Straits of Magellan, is located here.

Every time I pass through Patagonia I tell myself I need to spend more time here, it is just so beautiful! I strongly support linking land and sea-based protected areas such as what is being proposed in the peatlands of the Peninsula Mitre.

Q:  What is the standout moment in all you have done?

Tompkins: Oh, this is quite difficult to say!  Certainly, the final national park donations eighteen months ago in Chile, the largest conservation donation in history, has to stand as one of them, but we are fortunate to have met most of our large conservation goals over the last 28 years. I am always proud of our teams and the relationships we have forged with governments in every single case!

Pugh: It would have to be helping to establish the Ross Sea Marine Protected Area in Antarctica. The swim I did there in 2015, to highlight the importance of protecting this sea, was my toughest ever – not to mention the coldest! Afterwards, I had to shuttle between various capitals for two years to get the final agreement approved. It was exhausting. But the Ross Sea is one of the most important ecosystems on the planet. At 1.5 million square kilometers, the Ross Sea MPA is now the largest protected area in the world. To put it in perspective, it’s the size of the UK, France, Germany and Italy combined.

Q:  How can ordinary people find their own agency to make a transformational change?

Tompkins: The first, and perhaps most difficult step, is simply deciding to join in the movement to change our relationship to nature, and to form more healthy, dignified communities. Without this commitment, we will slide back down into inaction very quickly.

As in all things in life, one has to commit to something and never let it go – in this case, get out of bed every single day and do something for those things you love, those things you hold to be true. There are millions of people who work in conservation and each and every one of us is ordinary, but we are committed to doing our part. We’re well past the point where doing nothing is acceptable!

Pugh: It starts with becoming environmentally literate so that we understand the impact of our actions on the world around us. For example, every purchase you make is a decision about the future you want to leave for your children. The food we eat, the clothes we wear, the way we travel, the way we build and heat our homes – all have an impact.

I think it is also important to spend time in nature. We only protect the things we love, and you can’t help but love the natural world when you take the opportunity to witness how truly miraculous it is.

Q:  What’s next on the horizon for your work?

Tompkins: We have many new projects underway protecting land and sea in Chile and Argentina and, of course, we have certain commitments to a few past projects that keep us busy as well.  We are often asked, “What will you do next?” and I can tell you that the urgency of the climate crisis and the extinction crisis only grows every single day. We are propelled to work even faster, on a larger-scale and with greater determination than ever.

Pugh: Right now, my team and I are focused on helping build a network of marine protected areas around Antarctica, to protect the region from the kind of industrial overfishing that has decimated other oceans, and to help mitigate against the impacts of climate change.

These protected areas will be in East Antarctica, the Weddell Sea and the Antarctic Peninsula. Together with the Ross Sea MPA, they will protect over 4 million square kilometersof vulnerable ocean. It will involve considerable work and diplomacy, as the 25 nations who govern Antarctica, all have to agree to it. But I am absolutely determined to help get this incredible part of the world properly protected.

This research forms part of the CGIAR Research Program on Forests, Trees and Agroforestry, which is supported by CGIAR Fund Donors.

Copyright policy:
We want you to share Forests News content, which is licensed under Creative Commons Attribution-NonCommercial-ShareAlike 4.0 International (CC BY-NC-SA 4.0). This means you are free to redistribute our material for non-commercial purposes. All we ask is that you give Forests News appropriate credit and link to the original Forests News content, indicate if changes were made, and distribute your contributions under the same Creative Commons license. You must notify Forests News if you repost, reprint or reuse our materials by contacting forestsnews@cgiar.org.